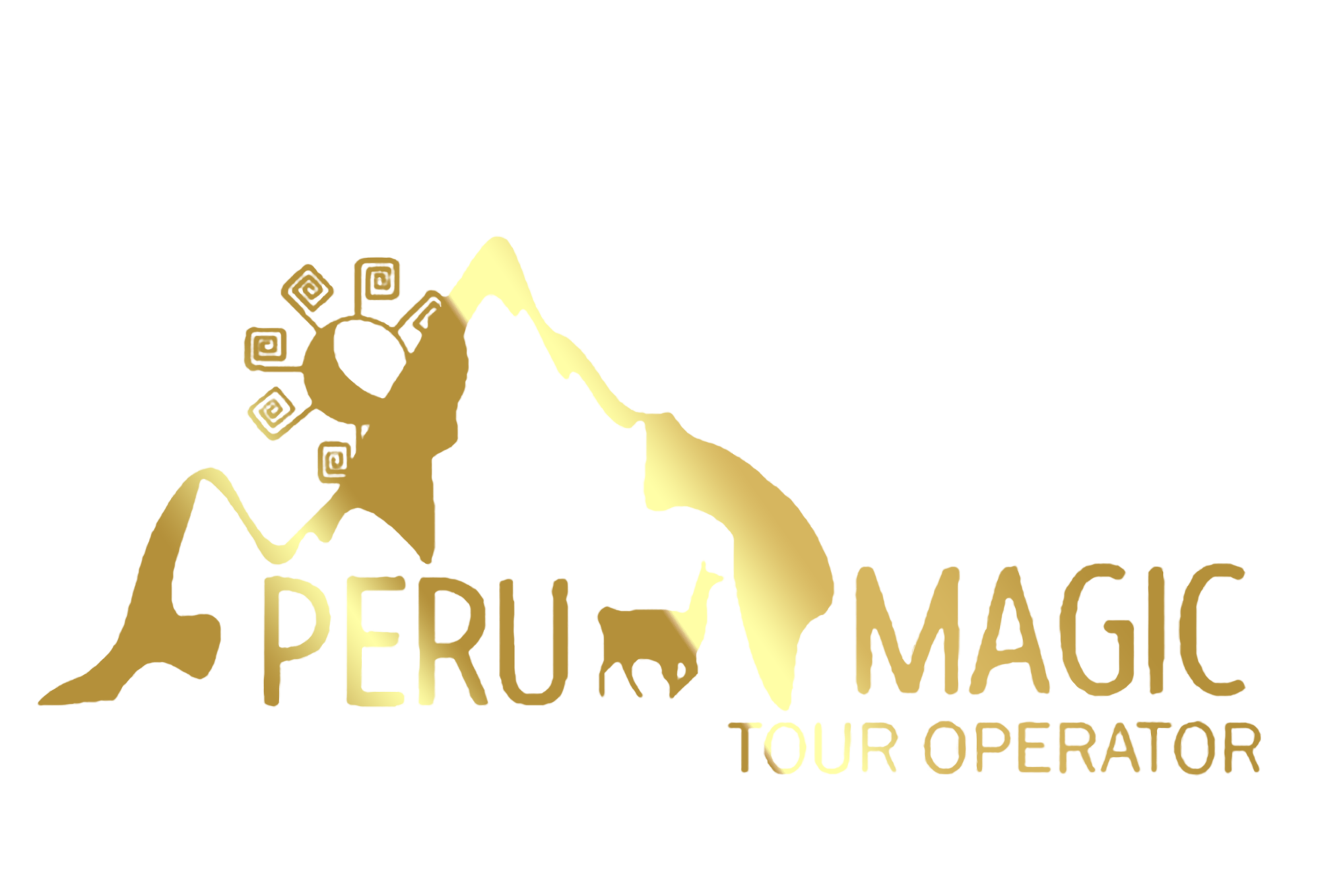 Live every moment and enjoy unique places in Peru.

When you book with an account, you will be able to track your payment status, track the confirmation and you can also rate the tour after you finished the tour.
Sign Up

Or Continue As Guest

When you book with an account, you will be able to track your payment status, track the confirmation and you can also rate the tour after you finished the tour.
Sign Up
809

Why Book With Us?

We are a competitive company in Peru, with the best price in all our tours, with the improved high quality service so that your holidays are 100% satisfactory.

At the end of the activity, you will take the train towards Machupicchu. Where the night will pass.

Day 3: Visit to Machu Picchu and return to Cusco.

Around 13:30 hrs you will be picked up from your hotel so that you can make the City Tour in the city of Cusco, your first destination to visit will be the Temple of Qoricancha (golden venue), this place was one of the ceremonial centers most important for the Incas, in which the most important ceremonies were performed, at the same time it was used to keep the main idols they had as Gods.

After your visit to this important place, you will visit the second tourist place on the City Tour.

The second tourist place on this City Tour will be the Archaeological Center of Sacsayhuamán. The “ceremonial fortress” of Sacsayhuamán is, with its megalithic walls, the greatest architectural work that the Incas carried out during its heyday. From the fortress you can see a unique panoramic view of the surroundings, including the city of Cusco, in this place we will have a guided tour of approximately 50 min to be able to tour the entire area and take pictures calmly.

As a third place on the City Tour that we will visit in the city of Cusco is the ceremonial center of Qenqo (labyrinth) that receives this name in the Quechua language for its short and zigzagging passages, this is a very special place. In the Andean worldview, this huaca was built to evoke Kaypacha, the ancient serpent or origin of life. In addition, the ancient Peruvians used this site to communicate with other deities such as the sun, the mountain, the moon, the earth and the stars. Everything is arranged in a secret and magical way: the channels, the labyrinths, the amphitheater and the sacrificial room.

The fourth stop on this City Tour will be in Puca Pucara, this fortress was a control point for those who entered and left the city of Cusco, this place is made up of large walls, terraces and stairways that were part of the defensive complex of the city ​​of Cusco in particular and the Inca Empire in general.

The fifth and last destination to visit to finish this City Tour is called Tambomachay (Quechua: tampu mach’ay, ‘place of rest), it consists of an archaeological site that was destined for the worship of water and for the potentate of the Inca Empire I could rest. It consists of a series of aqueducts, channels and several waterfalls that run through the rocks. Highlight from this that, from a main waterfall, the Incas created two secondary waterfalls, which are exactly the same.

Once our entire tour is finished at approximately 6:30 p.m. Our bus will leave us at the midpoint of the city of Cusco a few blocks from the Plaza de Armas so that all tourists can go to their hotel independently.

This day we will make the tour to the Sacred Valley of the Incas, tour that will start at 08:30 a.m., time when we will pick you up at your hotel, the first place to visit is Pisaq with its typical craft market You will also visit the Pisaq archaeological group with its picturesque terraces cultivated in the mountains. Then we will go to Urubamba where we have included a buffet lunch. Continuing with the tour we will go to the Ollantaytambo Fortress also known as the living Inca city. Finally, in the late afternoon on the way to the Ollantaytambo train station, to board the train to begin the journey of the road along the edge of the Vilcanota river towards the town of Machupicchu, upon arrival a representative of the company will be waiting to take you to the chosen accommodation.

Recommendations to take to the tour:

Visit to the Inca citadel of Machupicchu – Return Cusco

We will make a guided tour with our professional guide through the citadel of Machu Picchu, for a time of approximately 2 hours, on the route it begins from the Guardian’s house, from where you have a panoramic view of the entire Inca city, Main, Entrance to the Plaza real, temple of the Three Windows, the Sacred Solar Clock, the Royal Rooms, and the Cemeteries. At the end of the tour you will be given free time to take a walk through the citadel. They will have the whole morning in Machu Picchu to take photos and be in this mystical place.

At the appropriate time, it will be the descent walking to visit the museum on the way and then to the town of Aguas Calientes, where you will have the afternoon free to have lunch and / or go to the hot springs of the town on your own, at sunset according At the time of the train ticket, you must go to the Aguas Calientes train station to board the train that will take you back to the town of Ollantaytambo, where our staff will be waiting to take you to the mobility that will finally return you to the city of Cusco leaving them at the hotel they have booked and thus we will finish our tour of Machupicchu.

Recommendations to take to the tour:

Our adventure begins very early with pick up from our Hotel to start the Laguna Humantay tour by tourist bus and then head to the town of Mollepata on a journey of approximately 2 hours passing before through beautiful and picturesque towns such as Poroy and Limatambo. In the town of Mollepata (2900 masl) we will have a delicious breakfast and then continue on our transport to the town of Soraypampa (3900 masl), from this place we will start the walk uphill for an hour approximately to the beautiful Laguna de Humantay (4200 masl) ).

The Humantay lagoon is a turquoise water mirror that is located on the slopes of the imposing snow-capped Apu Humantay. Its waters come from the melting of the snowy Humantay and is surrounded by the magnificent mountains and glaciers of the Vilcabamba Mountain Range.

This place is excellent for taking photos, enjoying the landscape and the crystalline color of the lagoon that we will see on the Laguna Humantay tour. In this site we will have free time to visit and explore the place and the view of the Humantay mountain (5450 masl) in the Vilcabamba chain in the Andes in the company of our guide who will explain us about this magnificent place, then we will start the journey Return to Soraypampa where we will explore the Salkantay path (6271 masl) and the view of this sacred mountain, the second highest mountain in the Cusco region. Then we will take our delicious lunch to later take our mobility that will return us to the city arriving in Cusco at approximately 17:00 hours, ending the Laguna Humantay tour.

Visit To Mountain Of Seven Colors

RECOMMENDATION: All lovers of this adventure are recommended to stay at least 2 days for acclimatization in Cusco due to the altitude. Remember that although the walk is around 2 hours out and 2 hours back if you are not well acclimatized you can have difficulties during the journey.

This Seven Colors Mountain tour starts very early with the departure from Cusco.

Our mobility will pick us up at the hotel at the scheduled time and then we will go to the Cusi pata district, which is approximately 77 kilometers away. By bus for 2 hours our breakfast will be in the community of Cusi pata for a time of 30 minutes and then continue for approximately 1 hour more on our mobility to the community of PHULAWASIPATA. From this point we will start our walk towards the Mountain of Seven Colors – Vinincunca, the path will take us about 1 hour to 30 minutes, up to the mountain at 5,100 meters above sea level.

Once at the top, our Seven Colors Mountain Tour Guide will give a brief information about this beautiful natural formation.

According to some geologists from the Geological Society of Peru, the Vinincunca mountain, like many other mountains in the great Cordillera de los Andes was formed by the movement of tectonic plates that raised marine sediments to impressive mountains.

On the other hand, the coloration that Vinincunca presents is the result of the oxidation of some minerals due to the action of erosion, humidity and other geological factors.

At some point in our history, the mountain was covered with blocks of ice: it was a snowy mountain. However, due to the effects of global warming and climate change, the ice disappeared and left in its place this magical landscape that shows us the ecological beauty and fragility of planet Earth.

After receiving our information and time to visit the mountain and take our photos on this Mountain of Seven Colors tour we will take the same way back to our mobility and later return for 1 hour to the district of CUSIPATA, community of PAUCARPATA to be able to have our lunch in our restaurant. 2:00 pm a We will have lunch. 2:00 pm. We begin the return to the city of Cusco. 4:30 pm to 5:00 pm arrival at the plaza.

DAY 6Transfer to the airport End of service

On this day a representative of Sakura Expedition in coordination with you will take you to the airport / finish.

Transfer to the Airport in Cusco

Here are some other options that will suit your needs 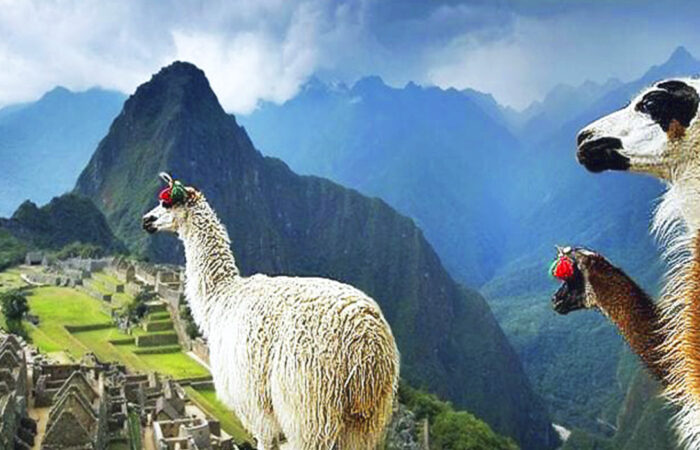 SACRED VALLEY WITH CONNECTION TO MACHUPICCHU 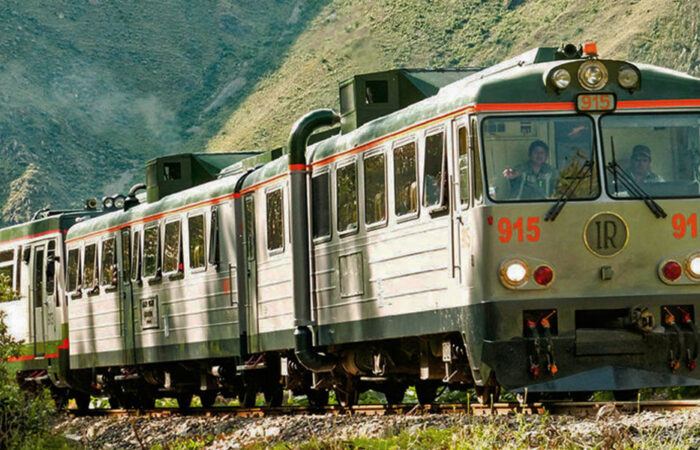 Spanish
Start a Conversation
Hi! Click one of our member below to chat on Whatsapp
The team typically replies in a few minutes.
Oscar Saavedra pillco
Owner
Bertha ccolqque lonconi
Owner